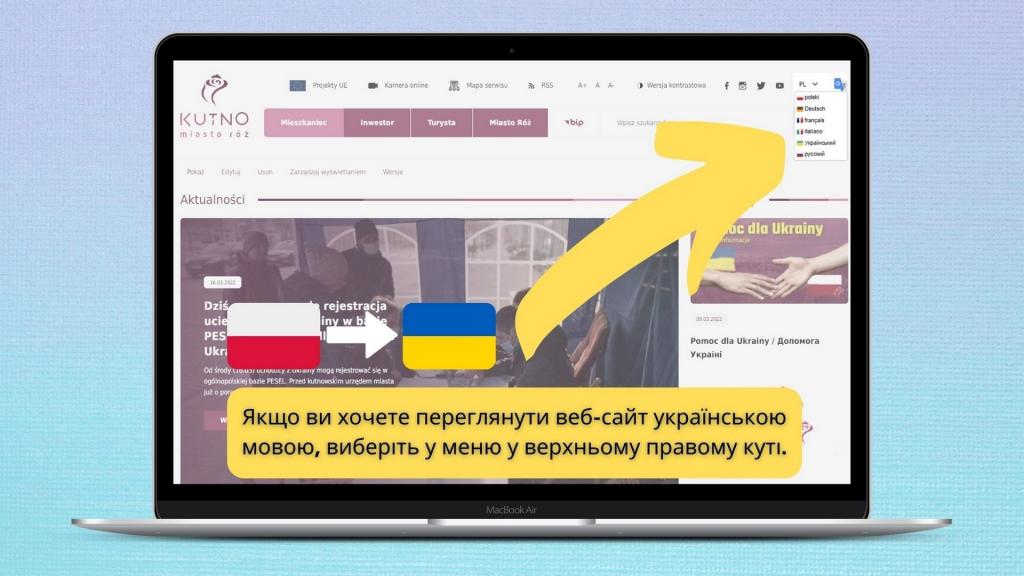 The honorary citizens of Kutno

The honorary citizens of Kutno 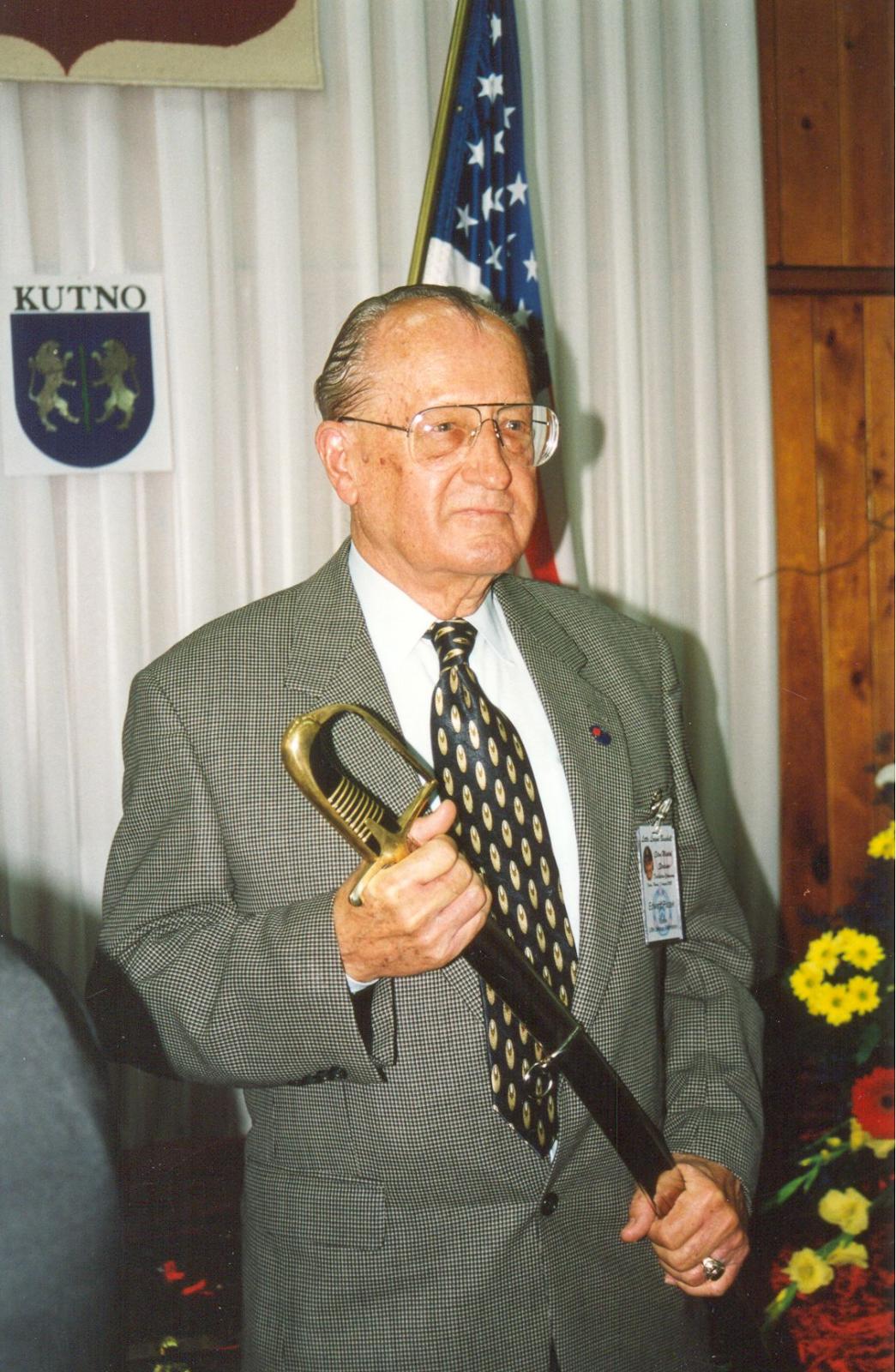 Edward Piszek's work for his country began in the late 1960s, when he donated over a million dollars worth of tuberculosis equipment to the Polish health service. In the USA, he conducted activities that showed Americans the history and culture of our nation. From the beginning of the nineties, he was actively involved in promoting the idea of ​​accepting Poland into NATO.

He had an honorary doctorate from the Jagiellonian University in Krakow. He was honored with high decorations, among others Commander's Cross with the White Star of the Order of Polonia Restituta, the Peace Award of the City of Jerusalem, the Man of the Year Award of Rotary International.He was also awarded the Order of Merit for Polish Culture. In 1998 he was nominated by the US Congress for the Presidential Medal of Freedom. 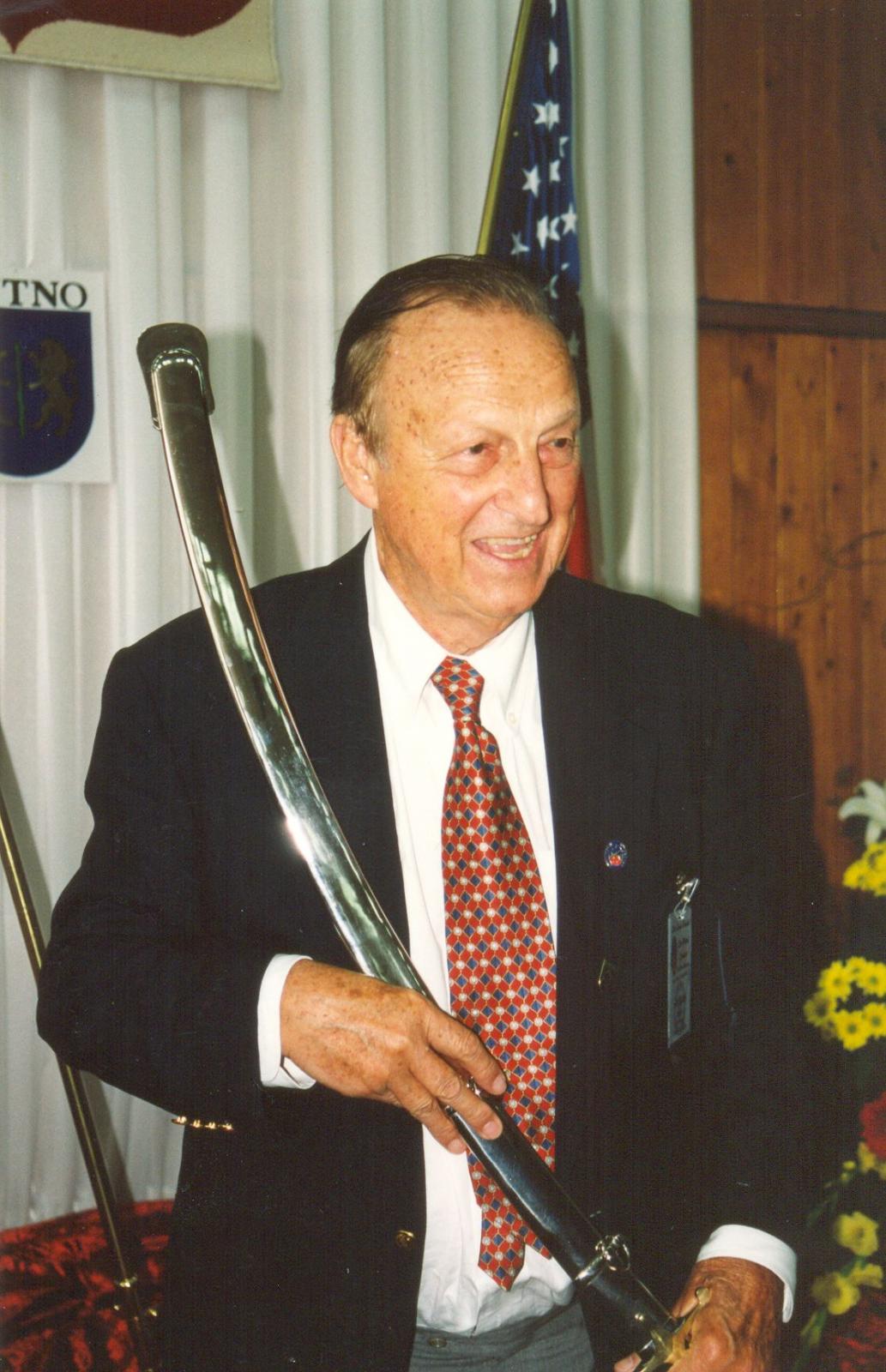 Stanley Frank Musial - was born on November 21, 1920 in Donora, Pennsylvania to a family of Polish immigrants. He died on January 19, 2013. He always emphasized his Polish roots. He was a promoting baseball in Poland. He made outstanding contributions to the development of Kutno and its promotion in the USA. In 1987, during his visit to Kutno, he donated sports equipment worth $ 50,000 to PZBall. He made a great financial contribution to the construction of the European Little League Baseball Center. He carried out intensive efforts to expand the Center. On August 5, 2000, the newly built stadium at the European Little League Baseball Center was named after him.

Stanley Frank Musial is an outstanding player - the legend of American baseball. His professional career was associated with only one club - St. Louis Cardinals. He played in this team from 1941 to 1963. During this time, he won seven league best batter titles, three best player titles, played twenty-four times in all-star matches and three times in world finals. To this day, he is considered the best player in the history of American baseball. 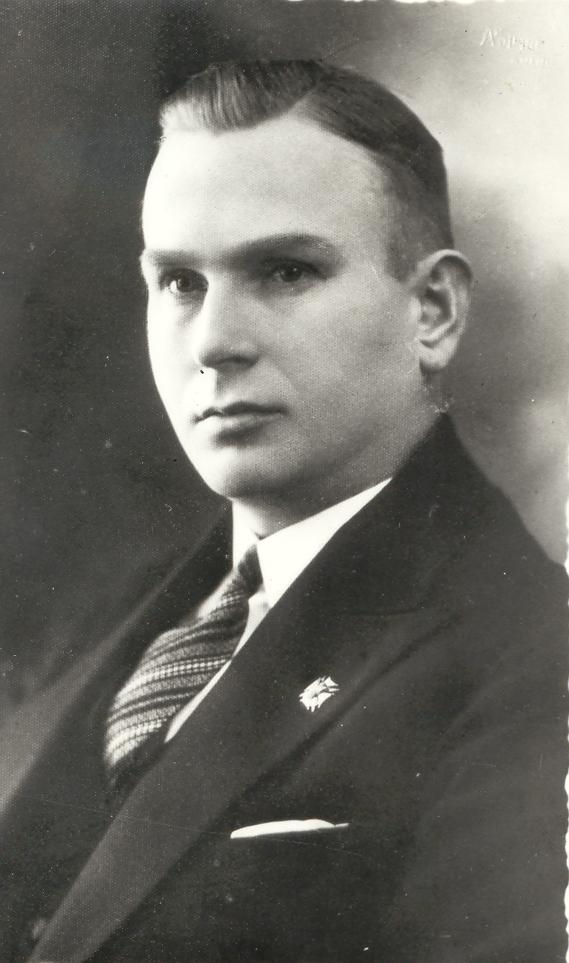 Eugeniusz Filipowicz -was born on December 31, 1903 in Koluszki. After graduating from the Railway General School, when his family moved to Kutno, in the years 1918–1924 he attended the State Junior High School. J.H. Dąbrowski in Kutno. At that time, he joined Tadeusz Rejtan I Kutno Scout Team and became a scout. He finished his degree at the Local Government Department of the Warsaw School of Economics.During his studies, he was a member of the Union of Polish Democratic Youth. He was the president of Bratnia Pomocy of the Warsaw School of Economics, and in the years 1926-1927 he was the vice-president of the Board of the National Academic Union of Provincial Circles.

After returning to Kutno, he held various civil service positions. From 1928 he worked in the local government of the Kutnowski district, including positons such as a financial manager, inspector of the commune self-government, secretary of the District Department.

In 1934, for a month and a half, he was the commissar of the city of Kutno. On November 25, 1936, supported by the PPS, he became the mayor of the city of Kutno. He held this position until September 1939. During his term as mayor, he set himself the goal of the economic development of the city and increasing the level of city infrastructure (new sidewalks, streets, water supply and sewage investments). He opened a new primary school no. 6 in Kutno, built two new hydrophores, thanks to which Kutno received excellent quality water.  He bought land - 42 ha in Azory district for the construction of a railway estate with a church, school and a people's house for the city's needs. He purchased the Zawadzki park and palace (now the Spring of Nations Park) for the city. He bought land for allotment gardens for the unemployed.

In 1938, he was elected a deputy to the Polish Sejm on behalf of the National Unification Camp.

After the outbreak of the war, he stayed in Kutno until September 6, 1939, as the head of national defense. After receiving the evacuation order from the Łódź voivode, he secured the documents and the municipal treasury and handed them over to the military authorities in Warsaw two days later.

Member of the boards of numerous social organizations, including the Union of Local Government Workers of the Republic of Poland, president of the PCK branch and the Union of Reserve Officers in Kutno. In September 1939, the commander of the defense of the city and the railway station in Kutno.

Arrested by the Gestapo in October 1939, he escaped shortly after being transported to a POW camp in Łódź. From January 1940, he was the organizer and commander of the Northern Sub-District of the Warsaw-Voivodship of the ZWZ. He worked as a house administrator in Warsaw and a gardener in Budziska near Warsaw.

Arrested in June 1941 at a contact point in Warsaw, interrogated on Aleja Szucha and imprisoned in Pawiak in Warsaw, where he worked in an underground prison network. Thanks to the help of the Home Army Headquarters, he escaped from Pawiak on 3 March 1942 and then became a member of the Polesie District Command of the Home Army. From January 1944 deputy commander of the Military Security Corps in the Postulated Lands. Participant of the "Burza" action in Praga Południe, Wawer-Anin. In 1941 he was promoted to the rank of captain, in May 1944 - major. 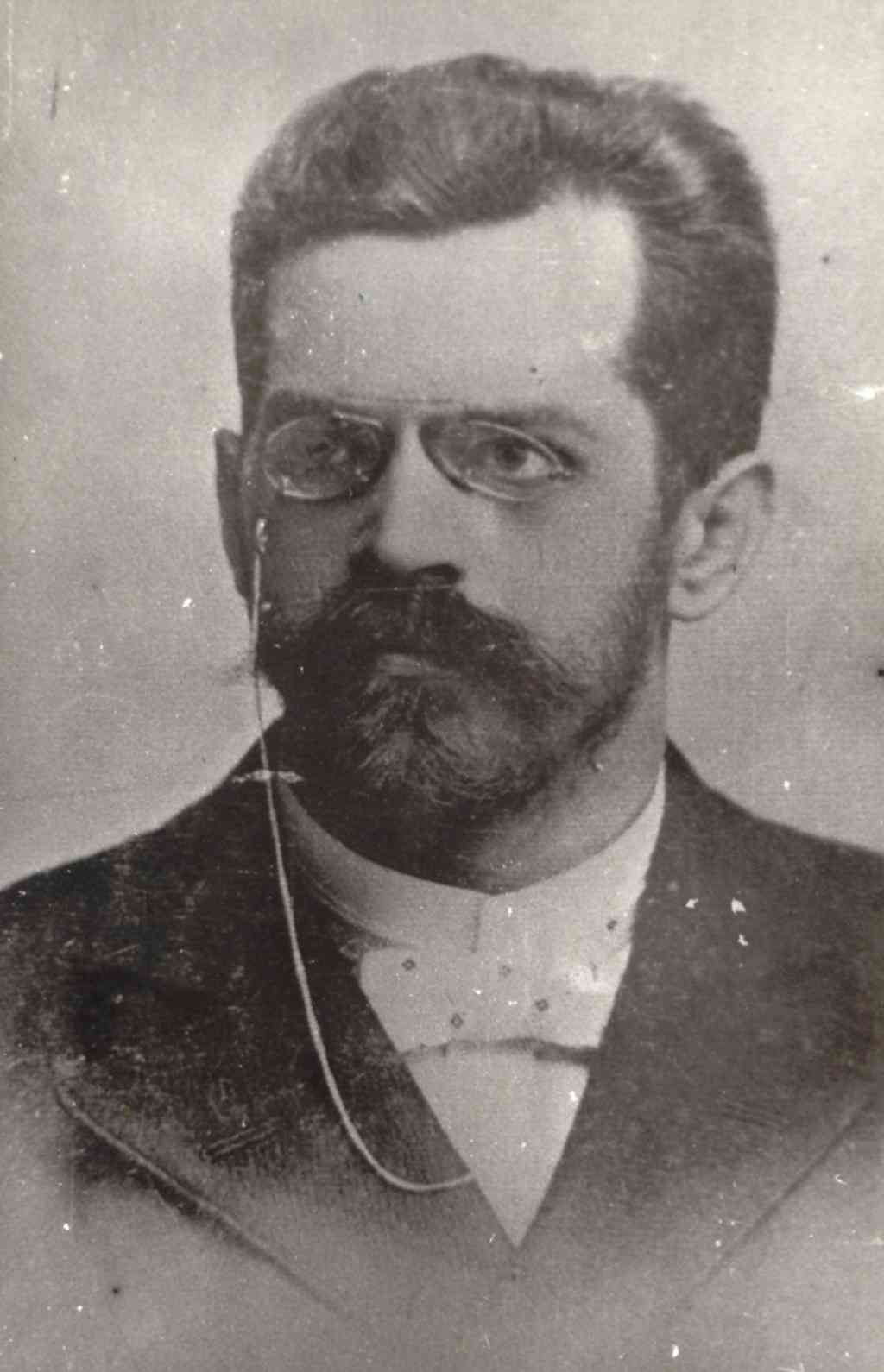 Dr Antoni Troczewski - was born on June 1, 1861 in Łomża. He came to Kutno in 1891. Initially, he worked as a volunteer, as a freelance doctor, and then became the director of the hospital of St. Valentine. Thanks to the reorganization made by Dr. Troczewski, the hospital soon became one of the best facilities in the Kingdom of Poland.The hospital gained surgery, gynecology and obstetrics and infectious diseases departments. A pavilion for an old people's home was also added.

Dr. Troczewski was not only an excellent practitioner, he also wrote several scientific papers, organized medical meetings in Kutno and gathered an excellent team of seven doctors. He gained great popularity among patients as a wonderful person and an advocate of free hospital treatment. Dr. Troczewski considered working for people a life mission. After arriving in Kutno, he initially met with a lack of understanding, but he was able to stimulate the local community to act. On his initiative, the Firefighter's House of Income was built at Teatralna Street, and the first secondary school in Kutno was established - the Real School of the Polish School Society (currently J. H. Dąbrowski High School). Dr. Troczewski founded and chaired, among others The Charity Society, the Music and Dramatic Society, the Polish School Society, the Touring Society, the "Kutnowianka" Cooperative, the "Sokół" Gymnastic Society. On his initiative, Tygodnik Kutnowski was established and Troczewski became an editor and publisher for many years.

In December 1919, Dr. Troczewski was awarded the title of honorary citizen of the city of Kutno. He died on September 22, 1928. 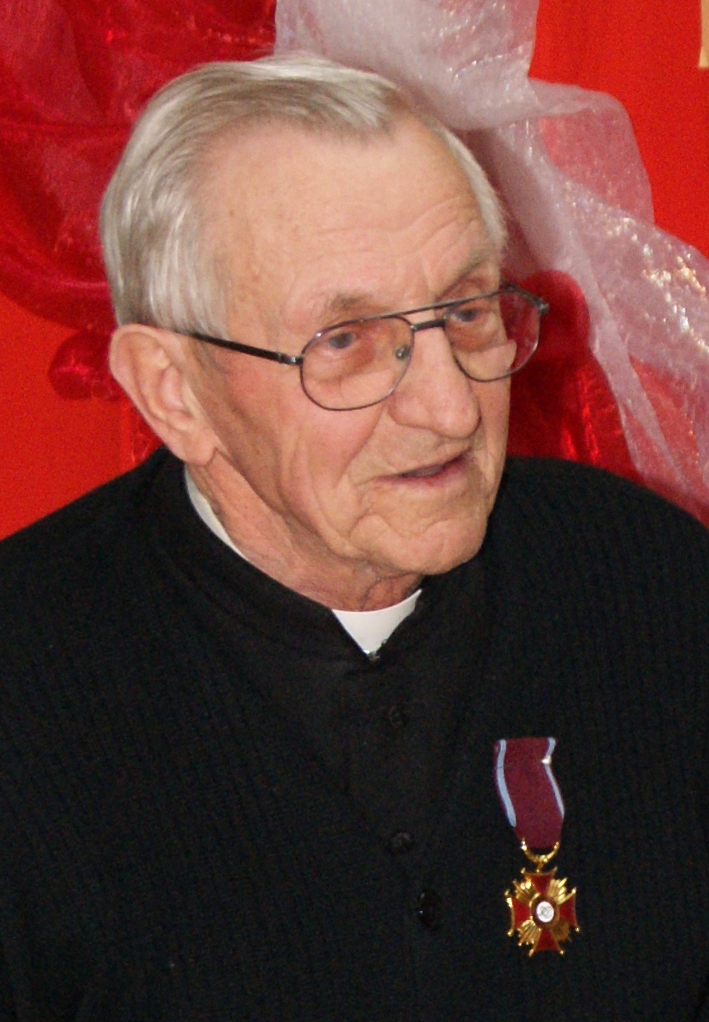 Father Jan Sposób carried out his pastoral duties in the parish of St. Michael the Archangel in Woźniaków from August 1, 1984.

Known widely in Kutno thanks to the function of the chaplain of the Kutno hospital and over 20 years of spiritual care for the sick, cultivating patriotic attitudes in the local community by commemorating the memory of the January Insurgents who died in 1863 near Kutno. Involved in the veterans' milieu, soldiers of the Home Army and in co-organizing the celebration of the Battle of Bzura.

Father Jan Sposób was born in Krasewo in the Lublin voivodship on February 14, 1923 as the son of Antoni and Stanisława. Parents ran a 10 hectare farm, raising nine children.

Before World War II, he entered the Minor Seminary of the Salesian Fathers in Daszawa in the district of Stryjskim (Stanisławowskie voivodeship). He spent September 1939 in the Kresy, where, out of necessity, he remained for a year after the end of hostilities. In the summer of 1940, he returned to his parents, but was soon captured by the occupiers and intended for deportation to work in Germany. However, he avoided the fate of a forced laborer by escaping. During the German occupation - in March 1942 - he joined the ranks of the Home Army within the Radzyń Podlaski Region VI Region. He used the pseudonym "Bocian". He served as a private in the partisan detachment of the 35th Infantry Regiment as a scout - messenger until July 1944. At that time, he took part in numerous underground actions, including taking airdrops and in the action "Burza" under the command of the Commander of the Region, Zbigniew Spaczyński, pseudonym "Gryf". In the final phase of the action, due to the strong threat from the Red Army, the entire regiment went underground by the command of the command with arms. He ended his service in the Home Army as a corporal. In the summer of 1945, most of his colleagues were arrested the NKVD. Jan Sposób - pursued many times - fortunately avoided arrest. Living in constant danger, he decided to go to Jaciążek in the Maków Mazowiecki District. After about a year, the persecution lessened, but he decided not to return to his family home. He realized his intention to join the Congregation of Salesians, which he had already made before the war. On July 24, 1946, he began his novitiate in Czerwińsk, and on August 2, 1947, he made his religious vows. In the years 1947-1950 he studied philosophy. On August 2, 1950, he made his priest, imperishable vows. In 1950-1954 he studied theology. On February 21, 1954, he was ordained a priest in Kraków.From 1954 he was a tutor in a boarding school, a mathematics teacher, a professor of philosophy and catechesis, an economist, a vicar, and a parish priest in Kobylnica Słupska and Olsztyn.

For 35 years he was known to the inhabitants of Kutno as a confessor and for over 20 years as a hospital chaplain. He was involved in the expansion of the chapel of Our Lady of Częstochowa on Łęczycka Street, which is an important place of religious worship in the southern part of the city. It is also a national memorial related to the January Uprising.

Father Jan Sposób was active in the veterans' milieu of the World Association of Home Army Soldiers, he also became known as a co-organizer of the anniversary celebration of the Battle of the Bzura. He was appointed to the first officer rank on March 2, 2006. On May 16, 2008, he was appointed to the rank of Captain of the Polish Army. He was awarded the Golden Cross of Merit (2013) and the Medal of the Primate of Poland, Primatiali Nomismate (2009).