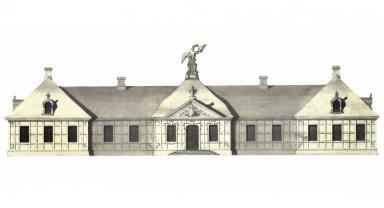 The popular opinion about the reign of the Wettin dynasty in Poland is still dominated by a “black” legend, which was formed in the middle of the XVIII century by the Prussian state, hostile to the Wettinians. It was only Prof. Jacek Staszewski who tried to change the negative image of the Wettins. In his publications he broke with stories about “degenerate Saxons” and Kraszewski literature, which were thoughtlessly reproduced by Władysław Konopczyński, Jerzy Łojko and even Jasienica. Changing the image of the Saxons is not an easy task.

Even in Germany in the 19th century, or during the Third Reich, the Prussian propaganda of Karl Poellnitz and historians such as Paul Haake was in usage. Saxon liberals tried to break through in the 19th century and improve the king’s image, but they failed to do so. It is only in recent decades that combined Polish-Saxon research projects, scientific and exhibition programs contribute to a different view of an extremely intriguing period in the history of not only Poland, but also Europe.
A unique symbol of this common European heritage is the Kutno Travel Palace (Postal Palace) of King Augustus III, commonly referred to as the Saxon Palace. It is a monument to the king who connected two countries and two cultures under one scepter.
Kutno Saxon Palace was built in 1750 on the orders of King Augustus III Wettin as part of a major project to build a new route connecting the two capitals of Dresden and Warsaw, running through Poznan. Within a few months, an object had to be built in Kutno, which could provide the king, his family and the court with safe and comfortable logistics facilities on a six-day journey.

Kutno Palace held its functions until 1763. Later it became part of the property of the owners of Kutno, and from mid-19th century it passed into private hands and was gradually converted into shops and service points, which operated here until January 19, 2003, until part of the monument was consumed by fire. In 2015, the revitalization of the travel (postal) palace of Augustus III began.

The building is a unique combination of wooden architecture with the features of a palace residence combined with the function of an inn, built in the style of the so-called Dresden Baroque. It is the only preserved secular monument remembering the times of the Polish-Saxon Union. Today it is a symbol and, at the same time, a pretext for popularizing the times of the Polish-Saxon Union in the context of customs and culture in general. These were also the times of revolution in almost every area of everyday life.

The facility is currently under revitalization.